Bringing the magic to life

The Million Rand Money Drop is certainly one of the most talked about new shows on SA television, but not many viewers realize just what it took to bring this epic game alive and in the process meet the strict international standard of the game.

Peter Furstenberg in collaboration with Julio Costa, Blond Productions and Endemol reveals a little bit of the magic behind this incredible production.

Many people watched the international version of Money Drop at some point in time.  Adapting it for SA screens was by no means a small task.  What many viewers don’t know is that none of the software that runs the show was brought over from abroad, but rather developed right here in South Africa.  When two incredible minds like Peter and Juilo get together to produce the software, graphics and mechanics for this show, you have to know it’s going to be good.

The set features a number of devices such as carefully calibrated scales and trapdoor mechanisms. These devices all seamlessly talk and respond to a robust back-end, which in turn, interprets and renders real-time generated graphics to a staggering seven separate video surfaces on set, issue instructions to lighting and also control a large part of the audio.

With a fast paced game like the Million Rand Money Drop where anything can happen at any given point in time, you know you have to really think out of the box if you want to get the right image to the right screen.  Creating a real-time environment for a single screen is hard enough, but controlling the real-time output to no less than seven video screens… now that’s something special.  And when we say real-time, we mean real-time.  Not a single pre-rendered animation video is featured on the set at any given point in time!  That includes the logo as seen above! Every time you see it, it’s generated real-time!

The incredible power and flexibility Unity 3D was roped in to get the rendering and graphics programming done.  Several render nodes, all carefully co-ordinated by a central controller make sure the right image gets to screen. Unity 3D has certainly proved itself in recent years in the Independent Game Developers arsenal as an incredibly powerful platform to create some spectacular games.  It seemed like a natural choice to go with a robust game engine that has the support and power behind it to build and program the graphics for the Money Drop.

No one can deny the results are spectacular!  The graphics produced for the real-time game on set certainly measures well above the strict international standards and benchmarks set for the game show.

It’s all about the mechanics

This is what a million Rand in play looks like!

Rendering the graphics to screen is one thing, however the success of the game revolves around more than that.  This is where other systems come into play.  Each of the pods in the game features a carefully calibrated scale to measure the amount of money on them.  This information is fed to a central controller where everything is very carefully considered and verified.

The controller software developed by Julio and Peter keeps the entire game in check.  At any given point in time we could tell how much money is in play.  Book-keeping in this game is certainly a very high priority!  It’s all about precise control.

Once the time comes to step up and see what drops, another amazing system, custom built for the show, kicks into play.  Opening those trap-doors at precisely the right point is essential to create all the drama and intrigue for the show.

Besides the mechanics and real-time graphics, the system also managed another very important aspect of the show… the lights!  As the game runs, the controller software issues instructions to the lighting desks to control the moods in the room.  Watch how the lights change with pin-point accuracy when a category is selected… or when the timer starts… or when there’s 10 seconds left and when it finally runs out. 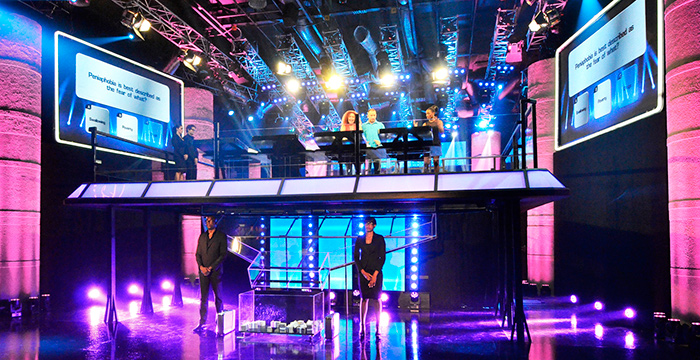 Let’s add some more ambiance with the sound effects and the various audio beds during game play.  Yes, we incorporated those too… The system makes sure the right sound effects get triggered to accompany the game play.

The Money Drop (Nigerian Version of the game) and Million Rand Money Drop certainly was an opportunity of a lifetime to bring to life.  Not only has everyone involved proved that we can set the bar above and beyond the international standard for this game, but also the fact that we have some of the most talented people right here in SA!

On a personal note, to Julio, thank you buddy for taking a chance in me…  You have given me the break I have been dreaming of all my life.  Working with you on this project has been one of the most incredible things I have achieved in my career this far and one of the most rewarding work relationships I’ve ever had.  Here’s to the next one!

To all the incredible guys at Blond productions, you guys rock!  You have outdone yourselves at every level.  To the guys and gals at Endemol, especially Josh, job well done!  Endemol is one of the few companies out there that is an absolute pleasure to work with.  Eugene and the guys in the van… what a ride!  I loved every minute being on set during the filming. 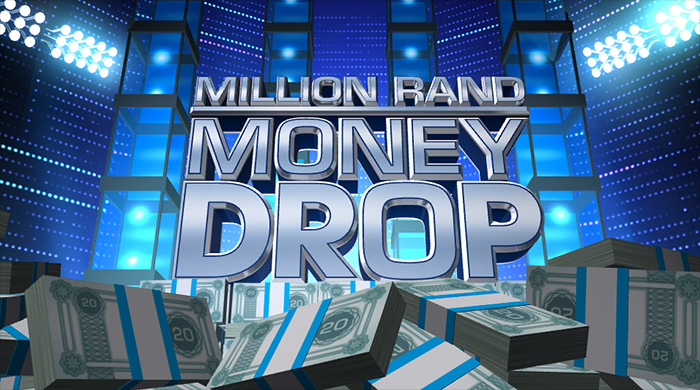 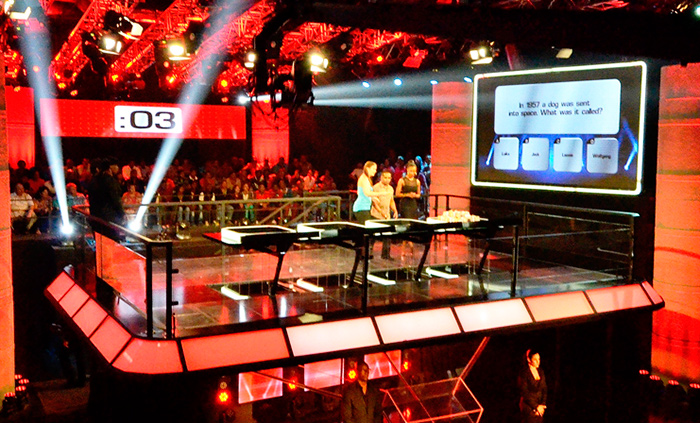